Three lessons from “Grit” to make you a better innovator

Love it or hate it, innovation advice is everywhere.

In places where you expect to find it – like Guy Gawasaki’s 5 innovation tips on American Expresses’ Open Forum. Or places you don’t – like a story about the most structurally innovative pile of dirty dishes by The Onion or a very innovative edition of the Cartoon Lounge and an Innovators Issue by the New Yorker.

In these circumstances sorting the useful from the downright misleading is not easy but a little common sense can help. I personally tend to take innovation advice with a grain of salt (wish I could use wipes, though, like in this brilliant ad by Tommee Tippee; they made wet wipes from actual parenting advice!) and try to form my own opinion. Or just grab a good book and see what I can learn from it. Like fellow bloggers Paul Hobcraft and Tim Woods have done in the past. Paul wrote a great piece about Rowan Gibson’s “The Four Lenses of Innovation: A power tool for creating thinking”, while Tim drew the key lessons from Jeff Dyer, Hal Gregersen and Clayton M. Christensen’s iconic book, “The Innovator's DNA: Mastering the Five Skills of Disruptive Innovators” as well as Peter Thiel’s “Zero to One”.

So now it’s my turn to share some of the things I’ve learned from the incredibly insightful “Grit: The Power of Passion and Perseverance” by Angela Duckworth. I picked this book up after attending a service innovation conference in Norway and it’s since changed my understanding of what really matters for personal and especially professional growth. In as follows, three lessons from Angela’s brilliant work.

Grit is passion and perseverance for very long-term goals – like how Dyson dreams of becoming the next Tesla with its electric car or how the Dutch tirelessly engineer whiteflies-resistant tomatoes. And grit depends on hope, or the expectation that tomorrow will be better. Translated in practice, the belief that luck is not that important, but the strength to pull oneself together after a failure is.

Drawing a parallel to innovators and innovation projects, grit is all about dealing with circumstances beyond one’s control. And here I always remind myself of Google’s Project Loon, or the wildly ambitious internet balloon project. As Astro Teller explained in this absorbing TED Talk, teaching balloons how to sail the (unpredictable) winds in the stratosphere to go where they needed to go takes a certain kind of mindset. More precisely, it’s about asking big questions like: “Could we get balloons the size of a house to stay up for more than 100 days, while costing less than five percent of what traditional, long-life balloons have cost to make?” That takes grit; and probably a dose of engineering insanity too. 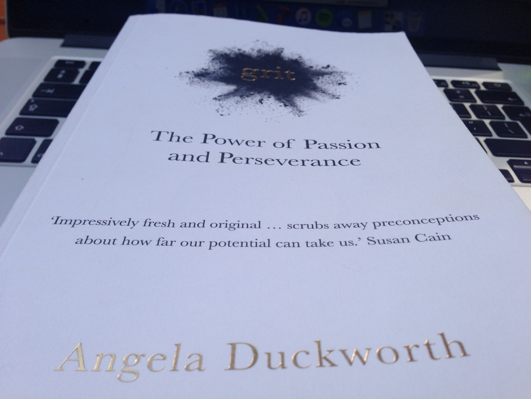 Learned optimism is worth learning

Optimists and pessimists are equally likely to encounter bad events (surviving disruption, anyone?). The difference lies in the explanations people offer themselves. In the book we learn that optimists (gritty people are usually like that) habitually search for temporary and specific causes of their suffering, whereas pessimists assume permanent and pervasive causes are to blame. Let’s take the example of a missed milestone or deadline. A pessimistic innovation manager might say “I screw everything up” or “I am just not good at this” – both explanations are permanent and pervasive and run the risk of turning minor complications into major catastrophes. An optimistic innovation manager might react to the same situation by invoking mismanaged time or inability to work efficient due to distractions. Angela Duckworth notes that the latter are temporary and very specific; the “fixability” of the explanations can motivate and help managers (or other professionals) start clearing them away as soon as possible. At the end of the day, it’s all about learned optimism.

Try a growth mindset for a change

It’s no mystery: professionals of all ages carry around in their minds private theories about how the world works. These theories are based on how people around them have responded to success and failure, especially those higher up in the hierarchy (employees quit their bosses, not their jobs you know). Were they praised for talent or rather for hard work? Which mindset are they used to? One that undermines or on the contrary, one that promotes growth? As Duckworth writes: we seldom think about it, but language can play a key role. Take for example: “This is hard, don’t feel bad if you can’t do it” versus “This is hard, don’t feel bad you can’t do it yet”. That one word can make a world of a difference in terms of motivation.

This is precisely why remodeling companies’ mindsets by using adequate language and incentives is so important. A study by Jennifer Chatman and collaborators (also cited in the book) whom surveyed Fortune 1000 companies about mindset, motivation, and wellbeing demonstrates how. What their findings show is that in a growth mindset culture (as opposed to a fixed mindset one), employees were 47% more likely to say their colleagues were trustworthy, 49% more likely to say that their company fosters innovation and 65% more likely to say the company supports risk-taking. 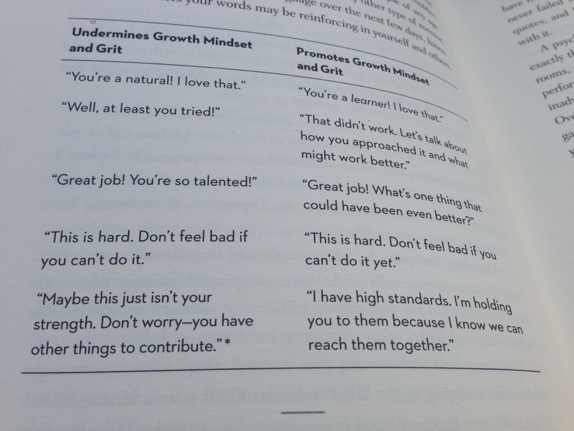 In time, having a growth mindset leads to optimistic self-talk which in turn sleeps to perseverance over adversity or are seeking new challenges that will ultimately make you even stronger. The best question to ask your innovation team next time you meet? “What can I do to boost this one?” Bottom line: updating beliefs about intelligence and talent as soon as possible is the only way forward.

Summing up, an obsession with talent often distracts people from a simple truth: grit (or passion and perseverance for long-term goals) is the only element that can foster healthy and continuous growth. And growth can happen from the inside out – by cultivating interests or by taking challenges that exceed normal skills practice, or outside in – through coaches, bosses, mentors, and friends. It’s really up to you.

So how gritty are you? 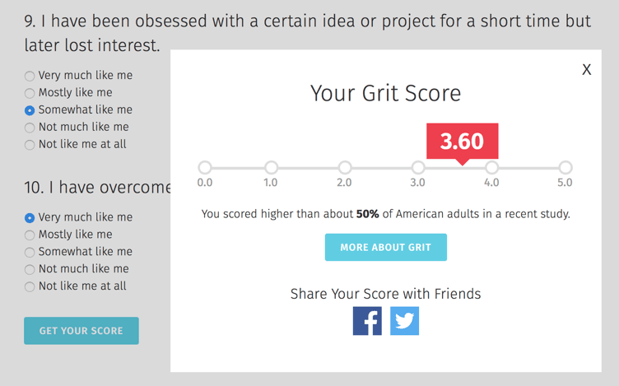