Wandering round Chicago in 1912 William Klann was a man on a mission. He was part of a team set up to explore ways in which they could reduce the costs of manufacturing a car to fulfil Henry Ford’s vision of ‘a motor car for the great multitude’.  They had already developed many of the ideas behind mass production – standardised and interchangeable parts, short task cycle work, specialist machinery – but what Klann saw while walking past the Swift Meat Packing Company’s factory gave him an insight into a key piece of the puzzle.  The workers were effectively dis-assembling meat carcasses, stripping off various different joints and cuts as the animals were led past them on a moving overhead conveyor.  In a classic moment of insight he saw the possibility of reversing this process – and within a short space of time the Ford factory boasted the world’s first moving assembly line.  Productivity rocketed as the new idea was implemented and refined; using the new approach Ford was able to cut the assembly time for a Model T to just 93 minutes.

(Not that the meat packers had invented something new  – back in the early sixteenth century the Venetians had already developed an impressive line in mobile assembly.  By moving ships along canals in order to fit them out for battle they were able to produce, arm and provision a new galley at a rate of one per day!)

Forty years later Ray Croc was running the hamburger business originally established with his friends the McDonald brothers.  He was looking for ways to improve productivity and began applying Ford’s assembly line techniques to making hamburgers.   The rest is fast food history, with the company now selling more than 75 hamburgers every second and feeding 68 million people every day! 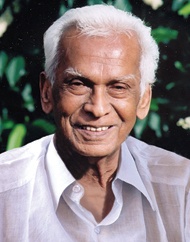 A little later, and in another part of the world, Dr Govindappa Venkataswamy retired.  He’d worked for many years as Head of Opthalmology in the main hospital in Madurai, India and decided to use his expertise and new-found free time to try and help prevent blindness in rural communities in his home state of Tamil Nadu. This was not an insignificant problem – whilst the treatment itself is well-developed it comes at a price; in an Indian hospital the cost works out around $300 and in a country where most people, especially in rural environments, earn less than $2/day such a price tag puts treatment out of reach.

In order to achieve his dream he had to search outside the conventional health sector, seeking ideas from other worlds with similar challenges. Specifically he looked for low cost ways of carrying out activities systematically, reproducibly and to a high quality standard – and eventually found inspiration in McDonalds. He saw the underlying similarities in the core processes they used and adapted their principles of assembly line manufacturing to the context of eye surgery!

Developing and refining what became known as the Aravind system has meant that the average cost of a cataract operation is now $25, and over 60% of patients are treated for free. This isn’t done by compromising on quality – Aravind has better performance than many Western hospitals. It has become the world’s largest and most productive eye-care service group, responsible for treating over 35 million patients with its low cost/ high quality model.

What these stories have in common is that they are working on the same problem, just in a different context. This is a powerful resource in innovation – answers don’t always have to be new to the world, they can also be adapted from different contexts.

Think about the problem of turnaround time.  In the low cost airline world much depends on being able to land a plane, disembark the passengers, clean and refuel it, load new passengers and take off again in as short a time as possible. Southwest Airlines holds the record for this, regularly managing turnarounds in less than 20 minutes.  But this isn't just an issue for the airline industry – it’s a version of a problem facing many others.  For example in hospitals it’s the challenge of using an expensive resource like an operating theatre as efficiently as possible – swiftly moving out post-operative patients, cleaning, sterilising, preparing and getting started on the next patient as fast as possible.  That has a lot in common with a very different world - fans of Formula 1 will know that a slow pit stop can ruin a driver’s chances in the unforgiving world of Grand Prix motor racing.

All of these are variations on the same basic theme – and importantly the solutions developed in one world can be adapted and applied elsewhere. Turnaround time was a major challenge in the car industry where the concern to reduce the set-up and changeover time of huge body presses led engineers at Toyota, under the direction of Shigeo Shingo, to develop the ‘single minute exchange of die’ (SMED) approach, which enabled reductions from several hours to less than five minutes. SMED principles underpin the turnaround revolution in the airline industry and the success of Ferrari’s record-breaking team who can carry out a complete pitstop in less than six seconds!

It’s not a one-way process; part of the power of recombinant innovation is the cross-over learning through sharing different experience of dealing with the same basic problem. In a recent visit to the Great Ormond Street children’s hospital in London the Ferrari team not only delivered some important insights for UK hospitals, they also took back some new ideas to apply on the racetracks of the world.

In today’s open innovation landscape ‘recombinant innovation’ of this kind is a powerful opportunity.  Why waste time developing solutions from scratch when you could adapt and modify a proven model from elsewhere? The approach offers a number of advantages:

Organizations grow through what they know – using external knowledge is a critical capability. But it doesn't just happen – organizations need to develop their ‘absorptive capacity’ to find, assimilate and deploy new knowledge. Learning to reframe and recombine is a key skill in this process, and one rich with possibilities.

Watch John talk about these and other examples in his talk at the HYPE Forum 2016: