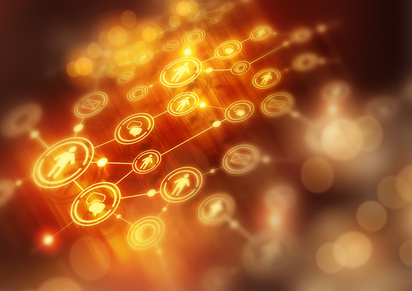 Innovation ecosystems are emerging as a topic of discussion in academic circles. I want to place them in context. For sure innovation managers need to know more about ecosystems and in my last post about social media, I made the point that social media skills are a necessity if companies are to attract people to their innovation efforts.

Attracting people to your innovation efforts is important as a way to prime markets, but it is not quite an ecosystem.

I prefer to define an ecosystem as a co-productive community. It’s where you get people working on your behalf (as well as their own). The classic ecosystem today is the Apple app developer ecosystem, which combines with a variety of information layers – Apple’s branding and advertising, independent websites such as Macrumors and TUAW, as well as analyst papers on the state of smartphones and app markets, for example. This complex information layer is what attracts people to the Apple ecosystem.

The academic debate about ecosystems has tended to focus on how they emerge. At the last time of writing here on HYPE I referenced authors Llewellyn D. W. Thomas and Erkko Autio, who had been cited even earlier by Oana-Maria Pop. The authors talk about Initiation, Momentum and Optimization in ecosystems. Wouldn’t it be great if you knew exactly how to initiate and grow an ecosystem around your products and services?  I don’t think you will learn that from Thomas and Autio’s work – it is early days in this area of study. But I want to offer you an example that might be adaptable in other circumstances.

If you go back nearly twenty years to the introduction of the Google search engine you can see the emergence of a new ecosystem around search. Prior to Google, there were several US-based search engines such as Alta Vista, Northern Light and Yahoo. There was also a European one – Alltheweb.com. In the background lurked the issue of monetization but in the foreground there was a different issue – relevance. How could we test, trust or otherwise grasp the relevance of search returns when the Internet and web were so vast, more vast than anything we had known before.

Enter gamification. It’s a little known feature of how Google succeeded. They made the web one giant game. The game went something like this. Google introduced a concept called Page Rank to denote the relevance of a webpage. But relevance is a moot point here. By relevance Google meant a page that was highly linked by pages of a similar type. In effect relevance was an intricate vote by other websites, the vote being a hyperlink.

Once Google introduced Page Rank, the web began to change its nature. Suddenly we were no longer just people searching. We were involved.

Many of us could see a way to influence Page Rank, so we began a process called search-engine optimization or SEO.  The rules of SEO, initially, were crafted by people who were good at achieving Page Rank through link building. That also meant they could build businesses of their own by providing organic link building services. Over time it became clear also that certain types of content structure would score highly in Google – for example consistency between a URL, a headline and the text of an opening paragraph.

All this time, I contended then and do now, that Alltheweb.com had the better search engine. But they had no game and therefore no way to build an ecosystem, no way to build involvement. Eventually they faded from view, as did Alta Vista and Northern Light. They were bought by Microsoft and became the foundation of its enterprise search products. Thereafter web search became a monopoly.

The significant innovation of Google’s opening gambit could hardly have been planned. Page Rank looked like a reasonable way to address the problem of relevance. Nobody could have second-guessed the impact it would have in spawning ecosystems. That doesn’t mean, though, that we should ignore the lessons. Google simulated new businesses around the globe with Page Rank and those business have repaid it handsomely.

What can be learned by companies wishing to develop innovation ecosystems?

I think one lesson is we should not get too focused on the concept of an innovation ecosystem. There are many types of ecosystem. But the most successful ones give participants a real leg up in the toughest part of modern life – business start-ups. Clearly, too, companies should not fear to stoop into gamification if that’s what it takes to build involvement. The companies that tried to game Google created its information layer, through a proliferation of articles and posts about how Google’s algorithm worked and how it could be tamed. 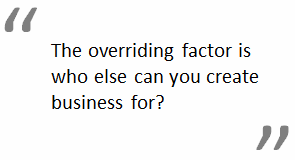 We still game Google like crazy and that keeps the community very vibrant. In my experience though companies build trivial gamification concepts – when what people want is opportunity. But it is not the only way. The overriding factor is who else can you create business for?

Apple has done it in the developer community, Google has too. But Google’s biggest achievement was with SEO. That feat I believe is about to be repeated in wearable computing. In smartphones Google successes were more or less replicas of Apple’s and the point of innovation was to bring more computer smarts to cell phones. In wearables the innovation environment is far more dynamic. There are more start-ups, more advances in materials, newer types of software based around gesture, for example, and tougher design challenges. I predict wearables will see Android dominance very quickly and for one very good reason – the degree of chaos is as profound as it was in SEO. The whole environment is “emergent” and therefore in need of new entrepreneurs. That’s where ecosystems are most potent.