Having organised a number of innovation management events for practitioners this summer it has (re)occurred to me just how strongly success ties into the psychology of winning. The idea is pretty simple: Do some creative thinking, ideally with a customers’ job(s)-to-be-done in mind, design the long red carpet of success, sew it flawlessly, roll it out enthusiastically, and start walking into the pleasant but eventually rewarding unknown. It takes a considerable dose of (ir)rationality but that is how self-fulfilling prophecies work. So in today’s post, I’d like to share with you a few notes about where these attitudes towards success come from, research-wise, and how they unfold in practice – beware, I have self-collected data! 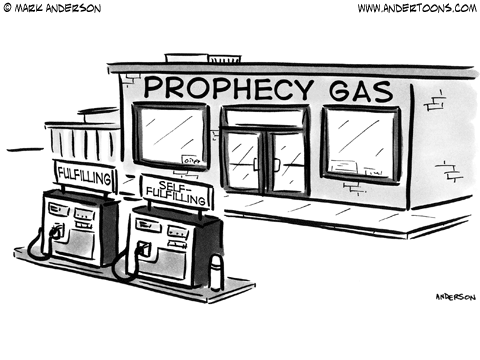 So let’s start with a quiz. A self-fulfilling prophecy is: (a) a sign that fate loves irony, (b) a future, highly desirable fast moving consumer good that will disrupt the fortune cookie market as it will come in the form of a versatile cheese spread with an unprecedented ability to spreading itself (goes well with the self-stirring pot, don’t you agree?) or (c) a thoroughly researched topic that explains many phenomena including bank runs and racism.

I’m sure most of you, practical as you are, are inclined to circle (b), but the correct and perhaps least exciting answer is (c). A self-fulfilling prophecy is, at its core, a well-grounded theoretical concept coined by the late Robert K. Merton, an American sociologist whose extraordinary work is mainstream today. Three of his essential contributions in addition to the study of self-fulfilling prophecies, include: developing the focus group method, a critical tool to marketing specialists and politicians alike, coining “colloquial” terms such as “role models”, and writing at length on the concept of serendipity.

Formally, Merton referred to a self-fulfilling prophecy as to a false definition of the situation evoking a new behaviour which makes the originally false conception come true (1). In plain English, and you know the Business Dictionary is good at that, a self-fulfilling prophecy is any positive or negative expectation about circumstances, events, or people that may affect a person’s behavior toward them in a manner that causes those expectations to be fulfilled. Fun fact: Merton was an amateur magician in his early years so it’s reasonable to assume that his audience’s expectation to see magic had some influence on actually making the magic “happen”.

So focusing on the positive, how to use this trick in our favor and not against us? And by “in our favor” I mean using self-fulfilling prophecies to direct or engineer the one outcome that really counts: creating and growing wealth through innovation. Achieving success. Whether you use a hard cash flow metric, to cite Roger More (his article for the Ivy Business Journal is a must (2)) or plain goodwill, the prospect of repeatable success is what makes the journey worthwhile. 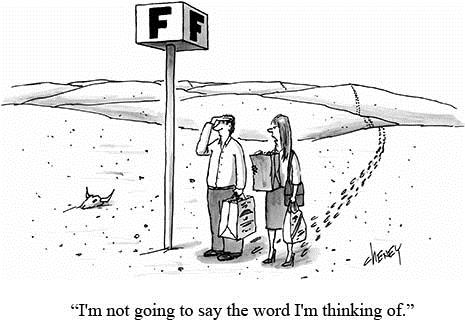 To see how self-fulfilling prophecies play out in real business life, I spent some time interviewing both formally and informally a number of companies that believe in the habit of imagining and ultimately creating one’s own luck. The four organizations, whose areas of expertise ranged from ice manufacturing, IP advisory, tour operating & logistics, to food science, appeared to share similar philosophies regarding success. Here are a few key points from these enlightening conversations.

Big dreams are like big real-estate projects: You need an army of diverse people and resources to complete them; preferably on time before others tap into the opportunity. Hence, collaboration is key even before the business begins. The food scientist/ award-winning inventor I spoke to shared (discretely) that her biggest challenge was finding the right support in her transition from lab experiments to scaled production, the point at which the business “began”. Scepticism, on the equipment manufacturers’ side was indeed humorous:

What are you doing bringing all these ideas? We work with serious people, they would argue. And for a while I believed them. But finally we found a like minded designer who customized all of our equipment and built everything we needed.

Resistance to change is powerful, but it is nothing a healthy attitude towards disruption cannot counter. Here is where self-fulfilling prophecies can help: Imagine having brought all the people & skills you need on board and work your way backwards – what can you do today to achieve that ideal outcome in the future? Another idea is to educate your end customers directly. By visualizing your customers enjoying your product, and that is pretty straightforward if you are an ice-manufacturer for example, you can share the experience better. Powerful motivation allows you to persist.

2. Distractions, not competitors, ruin your business.

While profiling and honesty bring results, there is nothing more discouraging than negative feedback. Adding to that, there is in fact nothing more distracting. The same goes for internal challenges as the tour operating & logistics company confessed:

Shifts, irrespective of their amplitude, are difficult to manage. The quick example is the change from short sleeve to long sleeve for our drivers as well as implementing a 24/7 service. All of these initiatives caused a stir among employees. For us change usually means unhappy people, so we try to take it with a pinch of salt.

Distractions, unlike competitors, are things one can manage. In fact, as research has long shown, collaborating with competitors is becoming common practice. The less common practice is not let mindfulness be corrupted by business, which was the take-away here. Concentrating on balance will ultimately bring balance to the organization.

The IP advisory’s self-stated mantra, reminded me of that special breed of organization that embraces the lean start-up approaches. Yes, those frightful iterations and endless beta tests. What sets such entrepreneurs and their organizations apart from others is that they adjust both their expectations and their approach as they go.

At a more abstract level, it can be argued that they treat the visions of innovation success (meant as wealth creation and growth as I argued at the onset of this post) with the same detachment as they treat other visions, or gut feelings, or hunches. The Relax, nothing is under control adage will ring very true as will the following excerpt from a different conversation:

No I have never considered an [innovation] process. I am alone. It takes too much time. At the same time I am not alone. And this is equally a problem. There many more cogs and change machines. I am really not sure who would be able to manage all that.

The answer is simple: Your imagination, fuelled by convictions. Let the imagination run, every now and then, wild. 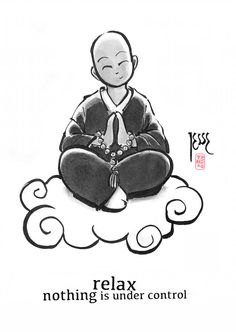 On Thursdays neither myself, nor my associates, set foot in the organization. Out of season, no one works on Thursdays, secretary included. Instead we attend to an outdoor team building exercise. No market study and faith in each others’ creative spirit works best for us.

This was the ice manufacturer again. One of my other interviewees confessed to dreaming up the solutions to her innovation problems in her sleep and attending to them as soon as she woke up. There is nothing more powerful than the power of habit. I am sure you have all heard of the work of Mihaly Csikszentmihalyi on finding pleasure and lasting satisfaction in activities that bring about a state of flow. It is actually a vicious circle. The more often you are in flow, the better solutions you craft and thus, in turn, creates more room for relaxation and continued progress. If in doubt regarding your own routine, you can always have a sneak peek at this popular info graphic depicting the daily routines of famous creative people.

Whether you are like Vunnegut, Freud or Kafka whom spent a great time of the day on their day jobs or administrative issues, or like Dickens and Tchaikovsky whom explicitly integrated sports into their routines, there is no one established formula for success.

(1) The concept, according to the Oxford University has been subsequently rediscovered or renamed as the Oedipus effect, bootstrapped induction, or Barnesian performativity.

(2) In his article, Roger More also performs a considerable amount of disambiguation regarding what innovation success is thought to be, but also discusses more generic issues such as whether innovation really is always needed, always useful, always positive, and always a good allocation of scarce cash and human resources. 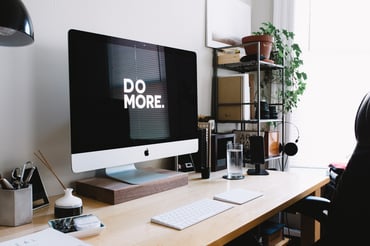 Planned Change and How to Manage It

Whether in pursuit of innovation or simply to keep on course, planning for change is an essential skill all organization...