Next time you switch on your TV or computer display, spare a thought for the company who probably produced the liquid crystal display.  With over 60% of the global market, the German company Merck is probably not one which would instantly come to mind, but they dominate this and a wide spread of other activity in the chemical and pharmaceutical world.

Or think about the headlights in the car you are driving – there’s a pretty good chance that they will be made by another hidden champion, the German company Hella (or to give it its full title, Hella KGaA Hueck & Co). They are amongst the top companies in the world in this market and are also significant players in the expanding and exciting world of automotive electronics, playing a key role in developing driverless car possibilities.

And if you ever need your aircraft, car or truck modified, upgraded or configured for some special application, there’s a good chance you might approach the Marshall Group in the UK. Once again a major global player, especially in the specialised area of adaptive engineering.

All of these are examples of ‘hidden champions’, quietly getting on with the job of innovating and being very good at what they do.  But they also share another distinction – they are members of the ‘100 club’ – companies which have celebrated their hundredth anniversary and which continue to thrive.  (Indeed in the case of Merck they will need a very big cake to take all the candles on their celebrations next year – the company was founded back in 1668 and is the world’s oldest pharmaceutical and chemical company!)

Each of them began as a start-up – an entrepreneur spotting an opportunity.  For Friedrich Jacob Merck it was the chance to open the Angel Pharmacy in Darmstadt way back in the 17th century.  For David Marshall it was the idea of using the new idea of motor cars to provide an early chauffer-driven taxi service in the town of Cambridge in 1909.  And for Sally Windmüller it was the chance to take his business selling whips, horns and lights as accessories for the horse-drawn vehicles of his time and apply these skills to the newly emerging world of motor cars, founding his company in 1899.

But they – and their successors - didn’t rest on their laurels.  They built their businesses on innovation – changing what they offered the world and how they created and delivered those offerings.  Part of the story was investing in building a knowledge base; a wellspring from which new opportunities could flow.  Marshall’s had to learn to repair and maintain their vehicles by themselves, building a deep understanding of how to modify things.  Whilst the motor car brought many benefits, David Marshall saw that for some people – specifically those who enjoyed horse-riding, feeling the wind in their hair and fresh air on their faces – it had some drawbacks.  Because the cabin was enclosed, they were insulated from this open-air experience – so why not give them the option to take the top off the car?  When he approached Austin with the idea, however, they insisted they only made "standard" cars. So rather than give up, he purchased standard Austin cars and, using the skills and equipment in his workshops where they already knew the Austin car inside out, converted them, making the first Austin sports car. Later on these skills were transferred to the newly emerging world of aeroplane maintenance and repair as the next generation of the family moved into this business.

For Sally W the early days of horns and simple lights drew on a simple knowledge base, one grounded in making and repairing horse drawn buggy equipment.  But soon came the need to specialise and learn to understand and control. He’d seen the need to invest in what we would now call R&D.  For example, early on he saw a key development was going to be the new acetylene lamp – a big move forward compared to the old oil or even candle powered lights. Recognising the importance of technology led to the award of their first patent, in 1901; this also gave them valuable experience in the process of assembling and protecting intellectual property.

A little later he saw another opportunity with the emergence of the first electric light for cars; the year 1906 saw the first light bulb suitable for use in automobiles invented by German light bulb manufacturer Osram. Two years later, Sally’s company began to make battery-powered electric lamps for cars, including sidelights, rear lights with a red glass cover, and license plate lights.

The same pattern runs through Merck’s early history – not just selling pharmaceutical products but developing a deep understanding of formulations and of the manufacturing techniques needed to make them safely and to high quality. On his gravestone in Darmstadt the tribute to Johann Franz Merck (the 3rd generation of the family) says he was a man who “made great contributions to the pharmaceutical arts” while Emanuel Merck’s 1826 work on opium and morphine published in the ‘Magazin für Pharmacie’ represented a milestone in the transformation from pharmacy handcraft to a research-based industrial company.  By 1895, Merck had established a department of bacteriology producing smallpox vaccines, diagnostics for tuberculosis and typhus, as well as sera for anthrax, streptococci, pneumococci and diphtheria.

Track each of these companies forward and there is a pattern – consistent investment in acquiring knowledge and deploying it in a series of successful new products and processes.  Importantly the ideas behind "open innovation" which we value so much today can be found in the approaches these companies took, especially around building networks and forming key strategic knowledge alliances and partnerships.  What these organizations have become – world leaders in materials science, engineering and automotive lighting and electronics – is not an accident but the result of continued attention to building and managing their knowledge base.

Competence is not enough

But knowledge isn’t enough – we also need to learn how to create value from it. Innovation isn’t a magical event like the cartoons, where a light-bulb magically flashes on above someone’s head.  Innovation is about turning those ideas – knowledge – into value and that involves a long and uncertain journey.  We might manage to get to our destination once by sheer good fortune, but being able to make the journey repeatedly needs much more in the way of a map, provisions, experience.

Successful innovation requires careful management, organizing key behaviours into embedded routines which define the way we approach the challenges of searching for opportunities, selecting the right ones and implementing innovation against a background of uncertainty.

The good news is that we have a wealth of experience on which to draw to help us with this challenge of managing innovation. Researchers have been distilling the hard-won lessons of failure and the interesting patterns associated with success for close to a hundred years now, and the results converge into a fairly simple model. There are plenty of frameworks available to help organizations reflect on whether their routines are up to the job, appropriate for enabling innovation. Do we search as well and widely as we could? Do we have effective approaches for selecting and prioritising innovation projects? Do we have a clear innovation strategy and commitment to it, top down and buy-in to it from below? Do we have an innovative organization in which people can deploy their natural creativity and share and build on knowledge across organizational boundaries? Do we develop rich proactive networks and links to external organizations? And so on.

Once again our trio – and the many other members of the ‘Hundred club’ – pay attention to this, building and deploying ever-more sophisticated routines to support their growing global innovation activity.

Modifying the DNA of innovation

In 1962 the Nobel Prize for Medicine was awarded to Frances Crick, James Watson, and Maurice Wilkins for their work unravelling the structure of the DNA molecule. Together, with others in the team like Rosalind Franklin, they were able to open the door to our better understanding of genetics; how characteristics are passed on from generation to generation.

Strands of DNA make up genes and these provide the carriers for what makes an individual in terms of their make-up and behaviour – blue eyes, long legs, stronger heart, etc.  Genes encode the programs for the future and being able to carry forward key characteristics enables us to survive in hostile and complex environments.

Understanding the building blocks through which genetics operates moved us to a new world where we can now engage in genetic engineering – removing troublesome genes or switching them off, splicing in new ones with additional capabilities, improving the health of existing ones.

Organizations have DNA – and we often use this metaphor. But DNA in an organization involves a set of ‘programs’ embedded in its structure and processes – the way we do things around here.  Organizational routines for innovation are effectively the expressions of genetic coding around how we tackle the day-to-day challenges of creating value from knowledge. How we search, how we choose projects, how we allocate resources, how we build teams, and so on.

The big difference between an organizational model and the wider world of evolutionary genetics is that we don’t have to wait for random mutations to modify the genes. Within organizations we can carry out ‘genetic engineering’ to revise and reshape the genes in more active ways. That’s the role of innovation leadership, trying to create organizations which are well adapted for their current and future environments.

So over time if an organization is to survive and continue to innovate it needs to find some way of passing on its genes – continuity. And it also needs to have the capacity to review, revise and modify its genetic make-up for innovation – changing some and splicing in others, adding to the overall capability.

‘Dynamic capability’ of this kind is the third key to innovation longevity.  Being able to step back and review routines, asking key questions like:

Once again we can see this ability – to review and to reconfigure innovation routines – at the heart of organizations with long-term aspirations. Businesses like 3M are renowned for their reflection, their ability to look at their routines and change them – for example modifying their Six Sigma efforts when those seemed to be stifling the flow of breakthrough ideas within the business. Or companies like Philips and Procter and Gamble, radically reconfiguring the way they worked with knowledge and moving from an emphasis on knowledge production and ownership towards more open fluid approaches involving rich external linkages.

The message is clear – long-term innovation survival is about building dynamic capability. 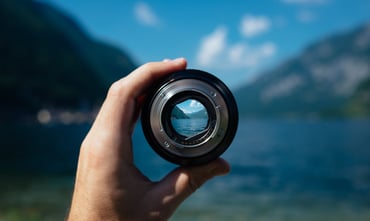 Where to focus your innovation resources for the most impact

Communities around the globe have been disrupted on an unprecedented scale. As a society, we continue to address the Cov...

Why Your Organization Needs to Invest in Innovation Capital

Innovation capital is one of the primary catalysts to value creation. And while understanding and investing in innovatio... 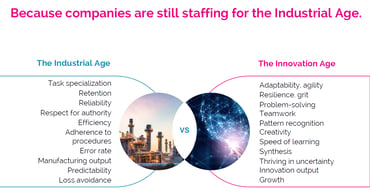 Why Are We Making Innovation So Complex?

It always amazes me how we limit growth by not investing fully in innovation. While most large companies want to become ...

The Definition of Innovation

What happens if you ask a group of so-called innovation experts about their definition of innovation?  Nick Skillicorn d...