Knowledge as a social process

Walker’s Wagon Wheel tavern in the 1970s has a particularly important place in innovation history.  Its name provides a great description of its role – like spokes on a wheel people and ideas converged on its centre and on a Friday night the air was full of conversation.  Ideas flew around the place, colliding and often crashing in flames on the floor.  But some of them fused, became something bigger, began conversations which carried on over the coming weeks and grew into new businesses. Its location was also important – Mountain View, San Francisco, close to the emerging technology cluster of start-ups, big electronics firms like Fairchild Semiconductor, the sprawling campus of Stanford University….  Silicon Valley as it was to become.

Of course Silicon Valley today is different – not least because of the shift in the industrial and technological base.  Whereas the 1970s were about the exploding new world of possibilities around microelectronics, today the region is a crucible for new thinking about artificial intelligence, smart connected devices, the Internet of Things, Industry 4.0.  And in particular it’s about the emerging new thinking about mobility – not just cars, trucks and buses but a whole new industry involving new players mixing with the old, mechanical technologies meeting the virtual, software and hardware combining in ever more exotic variants. Tesla, Google, Apple rubbing shoulders with Toyota, Daimler, Ford, GM, bumping into NVidia, Uber, Didi and mingling with tiny start-ups like Cruise Automation and Pivotal.

But although the actors have changed the underlying innovation dynamic remains the same. It's a classic example of what researchers William Abernathy and James Utterback called the 'fluid' phase; at this stage in the evolution of what will be a new industry no-one is quite sure what it will look like. Only gradually will some of these big ideas begin to converge until one day a ‘dominant design’ crystallizes out – not necessarily the most exotic technology but the one which fits best with what people want and value and which is technically possible.

That’s where the Wagon Wheel comes in. The old bar has gone (closed in 2003) but the role it played is as important as ever. Innovation is about creating value from ideas – and in the early stages when a new industry is emerging those ideas are widely distributed. It’s critically important to have conversations, explore possibilities, make connections between different worlds of knowledge – networking is the name of the game. Innovation spaces matter, not simply as coffee shops and bars but for what they represent – meeting points where knowledge intersects.

Idea management in innovation isn’t just about the bubbling melting pots around new industries.  It’s also about systematically mining the deep seams of established knowledge, digging deep into what Prahalad and Hamel famously called ‘ the core competence of the corporation’.  Much of innovation involves doing what we do but better, mobilizing and deploying our core knowledge into improved products and services and upgrading the processes which deliver those offerings.

The challenge here might seem a long way from trying to engineer chance collisions in Silicon Valley but look more closely and you can see a version of the same issue – how to capture and mobilize ideas? How to extract innovation from the rich store of knowledge already held in the organization – mobilizing tacit knowledge, releasing ‘imprisoned ideas’ and unleashing internal entrepreneurship? Does our organization really know what it knows?

Or take another piece of the innovation jigsaw puzzle. In a world with so much potentially useful knowledge outside the boundaries of the organization (for example global R&D spending is now running at around $1600bn/year) even the biggest organization has to subscribe to Bill Joy’s famous dictum ‘not all the smart people work for us’.  So for the past fifteen years or so we’ve been trying to make sense of the opportunities offered by ‘open innovation’, learning how to operate in a knowledge rich environment. 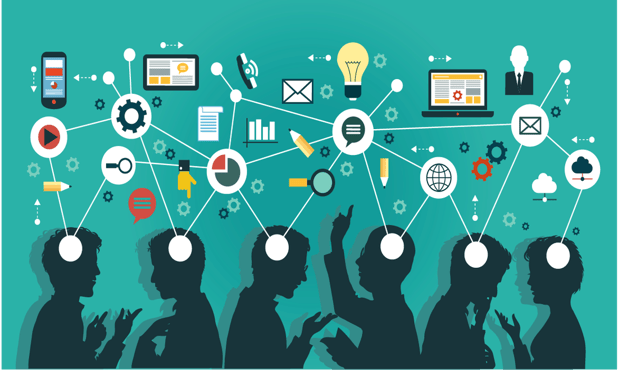 All of these innovation opportunities depend on ‘knowledge management’ – how we construct, concentrate, assimilate and deploy ideas to create value.  That’s always been the big strategic challenge but in the past few years the game has changed; knowledge ‘technology’ has exploded in terms of capability and diversity. We’ve seen impressive opportunities opened up by sophisticated idea management platforms carrying markets, contests, communities, libraries for recombination - powerful new tools to use on an old problem.

The risk is that we forget that underneath it all lies a simple truth.  Knowledge is a social process. It’s a living thing, carried by people and innovation works when they talk to each other, share, combine, extend, etc. Combining these social skills with the powerful new technologies on offer holds out great promise for innovation – but we’ve got to climb a steep learning curve if we’re going to realize it. The good news is that innovation research offers us some powerful principles and templates for doing so – for example:

Social networks around knowledge aren’t all the same – back in the 1970s Mark Granovetter showed that they varied in terms of their connectivity. Much of the time they involve dense connections or people sharing similar and complementary information – something he called ‘strong ties’.  But for new knowledge to move between networks we need much looser links between different worlds – what he called ‘weak ties’.  That’s the challenge right now for players in the auto industry – their world of strong ties may not be enough to help them connect to the very different knowledge worlds they will need in the emerging mobility industry. They need the equivalent of the chance encounters offered by the Wagon Wheel bar or its 2016 equivalent!

The core of his theory is that where two ‘knowledge worlds’ possess different, ‘non-redundant’ information (they know something you don’t) then there is a ‘structural hole’ between them. Brokers provide the bridge between these and are central to effective flow of knowledge across them. These days some of the new knowledge technologies can provide ways of amplifying and even automating some aspects of this. (Think about Facebook’s ability to find ‘friends’ you might like to connect with – and about the potential application of ‘knowledge friending’ in terms of moving knowledge around organizations and building relevant networks).

It’s also about physical connections between people; the famous ‘Allen curve’ shows that there is a strong negative correlation between physical distance and frequency of communication between people. Not for nothing did Steve Jobs reorganize the layout at Pixar so it was impossible for people not to bump into each other and spark conversations. BMW uses the same principles in the underlying architecture of its futuristic R&D Centre in Munich.

We could look at other dimensions – for example knowledge transformation (how to mobilise and work with tacit knowledge)? Or knowledge articulation – how to get at the knowledge held by employees about the jobs they do – what Joseph Juran famously called ‘the gold in the mine’? Or knowledge assimilation – how to move new knowledge from outside to a point of active deployment (building what is called ‘absorptive capacity’)?

The challenge remains the same – how can we take what we know about knowledge as a social process and embed this in the design and operation of our knowledge technology? It’s an old question – using a hammer to smash rocks or build cathedrals depends on the skills with which we use the tool.

We’ve been here before. During the 1990s there was a surge of interest in ‘knowledge management’ - but back then we got side-tracked into discussions about databases and somehow lost sight of the bigger prize. Maybe now its time for a reboot – Knowledge Management 2.0? 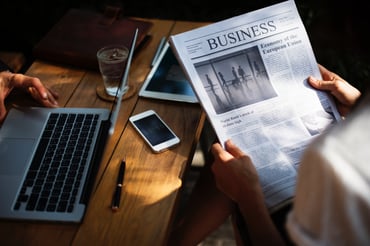 How the 'Not Invented Here' Syndrome Impacts Innovation Success

Getting past the 'corporate immune system' Imagine the scene. A warm summer’s day. The tree-lined slopes of gentle hills...