Is Imitation More Valuable Than Innovation?

What do the Playboy Magazine’s beginnings, Swarovski’s Stardust collection, and a select range of Apple Stoers – not stores, the typo is deliberate - in Kūnmíng, China have in common? They have all found their glory in some more or less accepted form of innovation by copying/imitation.

Here are the facts:

Having mixed feelings about the topic? You are not alone. I found myself pondering what my attitude toward imitation should be ever since acquiring jewellery from PrettiBijoux and having learned their story. The bracelets and necklaces, Swarovski’s and theirs, are strikingly similar. The former has a powerful brand name, a better fastening system (with magnets), Miranda Kerr on board for the promotion, and signature crystals in the nylon tube. The latter is a less glamorous brand (the company’s name was even suspected of bearing a typo), was the true innovator, had more colour variety & YouTube videos on how to create unique designs for every occasion (they involve customers more), and retails for about 1/3 of the price. As an informed consumer, what would you choose? Which behaviour would you reward: The innovation or the imitation? What really counts? What if you were in one of these companies’ shows: Would you be concerned with trademarks, patents, other IP rights? Does it really matter where the idea came from as long as you can reverse-engineer it and produce something better?

This post will attempt to answer some, not all, of these questions (I am still comparing and contrasting products, which is rather fun). Therefore, I invite you to join me in acquiring an overview of the following, more general topic: What does business imitation mean and what are its effects?

Read on for a sampling of ideas and examples from industry and academia.

Love it or hate it, the imitation game – which could be affectionately called the “Mike-Like-Hike-Nier” Game since Nike has probably seen and heard it all by now – in the world of e-commerce, entertainment, professional services and any other sector you can possibly think of, is very much on, making companies all around the word sportier than ever when it comes to finding creative ways to overthrow the originals. That is not to say, however, that all imitators’ intentions are cruel. Imitation has a variety of causes and implications, from diffusing innovation into society and improving quality of life, to amplifying the uninspired choices of early movers and causing speculative bubbles. And if you want a little science with that, according to research in economics, organizational theory, sociology and strategic management, the principles of business imitation can be clustered in two broad categories:

Imitation as flattery… and a prevalent road to business growth

On the positive side, imitation is a form of flattery. The late Theodore Levitt articulated this beautifully in his 1966 Harvard Business Review article Innovative Imitation. In his words:

"Imitation is in a sense a reverse action. We reverse engineer things and then find out more economical ways of doing it. It will certainly hurt the original mastermind but it will do society unprecedented good."

Drawing on examples from IBM, Texas Instruments, Holiday Inns, RCA and more, Levitt further argues that imitation is not only more abundant but actually a more common path to success and growth. And speaking about frequency, here are some stats. In a recent Defend Your Research column, researcher Oded Shenkar, notes: 98% of the value generated by innovations is captured not by the innovators but by the often overlooked, despised copycats. 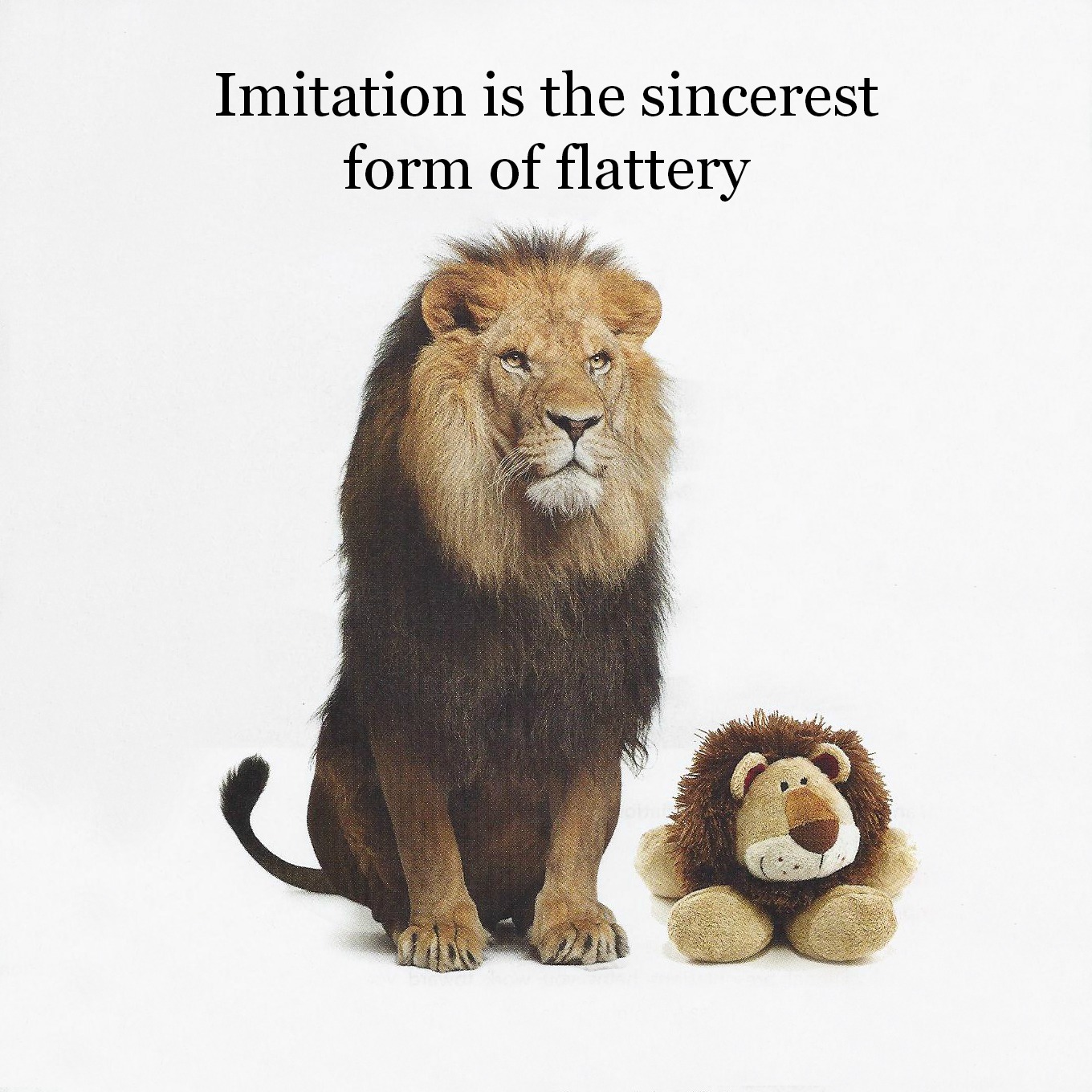 To better understand how this type of value is created and diffused, let me give you another example from service innovation: Panemar in Transylvania, Romania and Panamar in Spain - or how to successfully copy and adapt a bakery concept. As the story goes, Panemar’s owner had inspired himself when rebranding the well-known bakery chain in Transylvania by looking at Panamar’s success story in Spain. The result was an impressive makeover of the bakeries that generated record turnover but also attracted a lot of negative criticism from designers and defenders of the original brand. Clients, however, were not impressed by the debate and became ever more loyal. The imitation game had worked as a bar raiser – i.e. healthy competition, and was perceived as exactly that. Similar logos were one aspect, but the quality of the service was another. Panemar in Romania had adopted the attention to detail of Panamar in Spain and had added a pinch of local flavour. Today Panemar continues to expand and innovate on its own, and has probably discussed the matter with the Spanish counterparts too. Perhaps soon constructive copying/imitation will flow from East to West too.

Imitation as too much of a good thing

As we’ve learned, a little imitation goes a long way in terms of growth enhancing, as it promotes more frequent neck-and-neck competition and, if kept under control, does societies a world of good. What if imitative behaviour becomes dysfunctional or even pathological, though, happening at the expense of a company’s reliance on its own creative talent and vision? Too much imitation is by all accounts growth reducing or, in mathematical terms, as the ease of imitation goes to infinity the growth rate always falls to zero. I owe this impeccable line to P. Aghion, C. Harris, P. Howitt and J. Vickers, authors of Competition, Imitation and Growth with Step-by-Step Innovation. A suitable example here is the Apple “Stoer” in China I mentioned at the onset. The incident is an extreme case of copying a Western concept and introducing it to unaware Eastern consumers.

In such circumstances, putting any innovation that happens in the East at par with copying is an understandable reaction. Think of Italian furniture makers that have had their products replicated in hundreds of ways by Indian and Chinese companies alike. There is, I have learned, even a record in this category. When it comes to “identical knockoffs” in the furniture industry, The Bombo stool by Stefano Giovannoni is the world’s most copied design product according to design magazine Dezeen. With over 1000 Chinese companies making and selling various versions of it, court action has become a sport.

And the winners are: Levitt and Meville

To wrap up our discussion, business imitation’s many faces – see examples from Playboy, Swarovski and Apple’s experience - make it difficult to be labelled in any way. Whether you embrace Levitt’s suggestion that imitation will do society unprecedented good, or stand by Herman Melville, the author of the famous whaling novel Moby Dick, exclaiming, with or without an authentic harpoon in hand: It’s better to fail in originality than to succeed in imitation, you are equally right. Imitation and innovation are both forces of progress and should be regarded as complementary, not opposing. Imitations helps innovation become diffused, making room for new ideas and concept to sprout.

And so the great cycle of improvement continues.

(1) Inside the Apple Stoers. Many articles have been written about Asia/Pacific playing catch-up with Westerners in terms of low cost, reverse-engineered solutions that take the original and make it affordable. 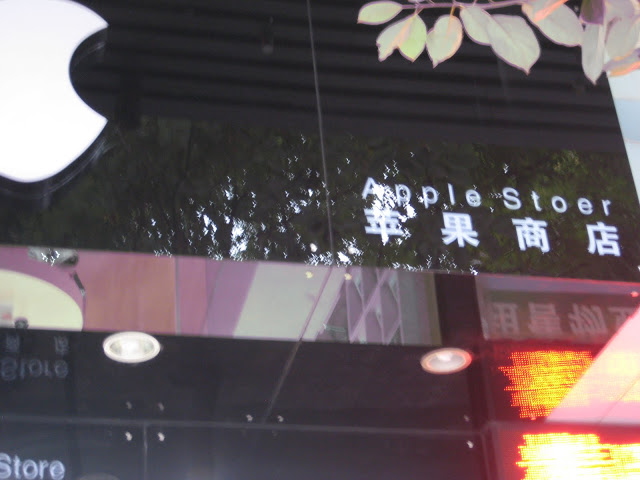 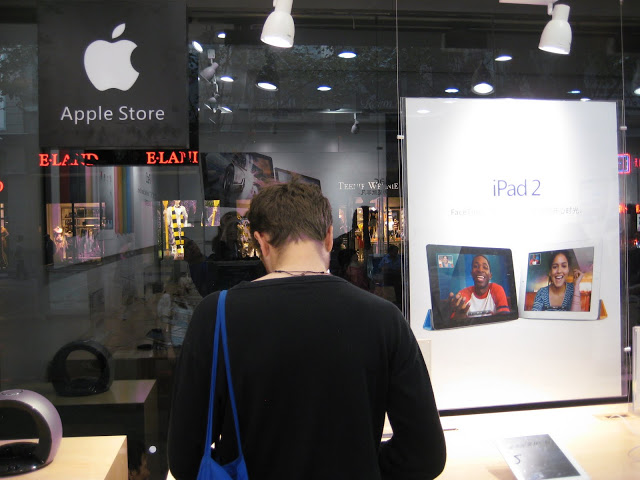 (2) Whether it is information-based or rivalry-based, business imitation - with its consequences good and bad - is best observed in conditions of high uncertainty and narrow margins. One frequent occurrence, for example, is a manager’s choice to ignore their proprietary information and imitate the decisions of others in an effort to avoid a negative reputation. An equally frequent occurrence is what many hotel chains, soft drinks producers, and telecommunications companies practice: Continuously matching each other’s pace of incremental innovations and constantly raising the bar. 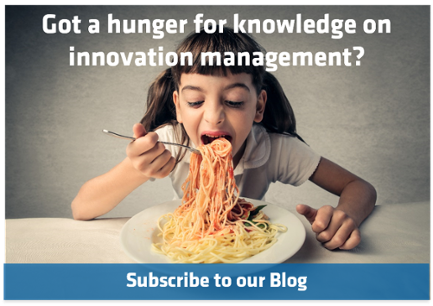