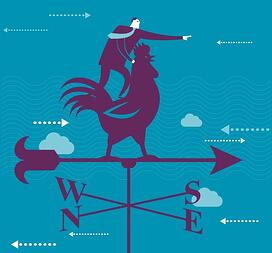 Open innovation is a clearly understood term, right? Well, maybe not. As practised by Procter and Gamble, its real founders, it was very clear – P&G CEO in the early 2000s AL Lafley instructed his executives to find 50% of revenues from inventions sourced elsewhere.

My observation of innovation today is that it is not characterised by this kind of simple, easy to comprehend and control dictum.

What we have today is a proliferation of innovation techniques. If you want to characterise them you would not use the term “open”. You might use the term “social”.

Many innovation techniques today introduce a social element. Hackathons, for example are a social event and the value in them comes from the cooperative-competitive dynamic that you get when bringing smart solutions-oriented people together. The same is true of Jams, or what Bit Torrent now calls “Paloozas”.

Innovation competitions often have the same social effect. Their value lies in bringing people together. It doesn’t quite provide the conditions for collective wisdom – that is still elusive. That would be an orchestral work compared to the social innovator’s jazz ensembles.

The expansion of social innovation has other consequences. But it is not necessarily “open”. Look at Bit Torrent’s Paloozas.

Bit Torrent is the developer of the Internet Bit Torrent protocol and develops a range of peer-to-peer solutions, like document sharing app Sync (two million users in two months), Bundle, and lately a new peer-to-peer chat app. They have all been created through the Palooza method.

This is how Bit Torrent explained the Palooza to me:

“Every two months, we dedicate two days to all-company hackathons (Paloozas, we call them). It’s free time to build and vet distributed concepts.”

The Paloozas are highly directed though because since the PRISM revelations, Bit Torrent has focused on peer-to-peer as a privacy bedrock.

As well as the Palooza Bit Torrent also puts out “Calls for Testers”. More on that in a minute.

Many of the new social innovations techniques we use lead to problems like: now that I have so many new ideas how do I make a decision? The reality is that many companies are not prepared for this.

Their social innovation processes lead to disappointments for many of those who get involved. And even where the ideas are well matured there is still a sense that the prototyping and development process lacks a decision making rationale. Do these new ideas fit with strategy? Is strategy flexible enough to incorporate projects that might actually force strategic adaptation on the company? The answers to these questions are often: no. or alternatively the burden is thrown back on to project promoters as an ROI one – so what is the ROI. Well, who really knows in the early stages of an innovation?

The Palooza process is interesting from that point of view. Because the hackathons are directed, there’s every chance it fits with strategy. And by including a call for testers, Bit Torrent has a way to validate interest. No testers, no useful product. Or at the very least they know their product isn’t framed attractively.

Philips have a similar approach, hosting five day hackathons that finish with presentations to real customers.

In both cases more could be done to validate end-user need but you see in them the outlines of a self-grown lean iteration process where the product is hitting a minimum critical mass.

There’s the beginnings of an answer here to the innovation promiscuity problem. Let’s state the problem clearly. When you do social innovation you often get far too many ideas and product proposals. That is particularly true of companies in the early phases of innovation programmes. Social leads to promiscuity.

You need a way to whittle them down that does justice to the good ideas and the potential for change.

I mentioned both Bit Torrent and Philips and both companies offer a clue to how the promiscuity problem is solved.

Yes, on the one hand, it is about exposing the new product ideas to parties that have a vested interest, as early as possible: developers, customers, perhaps suppliers too.

But on the other hand these are two companies with a transformational agenda. Bit Torrent sees opportunities ahead as a branded company rather than simply an infrastructure workhorse. And it also spies (excuse the pun) the opportunity to convert millions of people from their dependence on server-based Cloud infrastructure to peer-to-peer, in the wake of what we now know about Government surveillance.

Philips is seeking its own conversion. Away from consumer electronics to consumer lifestyle; away, that is, from gadgets, to the personal interests and community activities of customers who will become its long-term ecosystem.

Both have a transformational agenda. My hunch is that to do good selection you need to be in transformation-mode. You need to have clear strategic direction. If your strategic direction is the same as its ever been you’re a dead duck anyway. Few companies are going to survive if their strategy is just to keep going. But if you have a clear vision of the need for change and of what the transformation consists of then you can set the parameters for social innovation. And when you turn to selection you have a much better idea of the types of projects that are going to deliver for you. There’s more to it than that, of course.

The most important extra ingredient is that you need options, the possibility to change direction and add in new stops and facilities on the journey, rather than just to lay down the next piece of track. But describing the journey as a transformation seems to help. I’ll look at transformational narratives in a later post.