Last month I had the pleasure of attending an inspiring management sciences seminar at ESADE Business School in Spain. The seminar’s aim was threefold.

Similarly, the practice of borrowing concepts and constructs from other disciplines to foster and measure innovation (say, digital platforms analysed through the lens of evolutionary biology) or working more with simulations both in production and new service creation are also on the rise.

Though a lot was covered during the three-day event, one subject-matter that constantly stood out was the issue of errors in assessing the potential (outcome) of innovation projects. False positives and false negatives to be exact.

(For further reading, I encourage you to skim through this excellent 2013 article by The Economist: Trouble at the Lab. It is not a falsely positive recommendation, I promise) 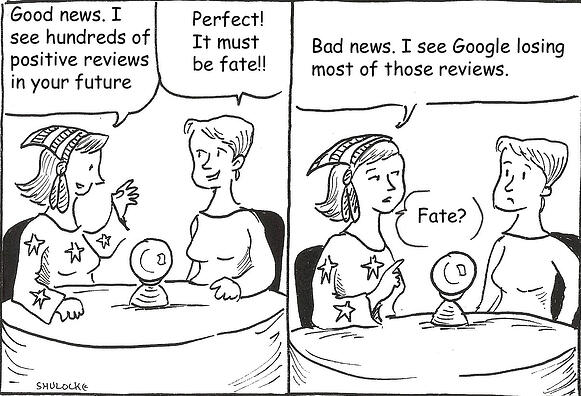 In the innovation manager’s world, a false positive could be a detergent-less laundry system that allegedly cleans laundry by injecting ozone into the cold wash water. From an R&D standpoint, the solution looks ingenious (as ozone kills bacteria 3,000 times faster than bleach), while from a marketing view, it looks like a sure win: after all, wouldn’t we wish away expensive and sometimes harmful washing powder and high electricity bills if we could? In practice though this too-good-to-be-true machine proved to be exactly that: wishful thinking. As independent tests later showed, the ozone did little to remove dirt, blood, grass and other common stains rendering the appliance overpriced and useless. Another example of a false positive is none other than Pepsi’s mishap with Crystal Pepsi. Despite thorough marketing research pointing to customers’ pursuit of purity in all areas of their lives (hence the “clear soda” concept), the beverage failed miserably – not once but twice.

By contrast, a false negative could be a technology or compound that did not seem promising for the core business and was consequently discarded or spun off to seek glory outside the organization. It seems appropriate to mention the classic example of XEROX PARC (Palo Alto Research Centre), as illustrated in H. Chesbrough’s 2002 article Graceful exits and missed opportunities. As the history books show, XEROX spin-offs such as 3Com, VLSI, Adobe, and Komag reported sales figures that exceeded $100 million within seven years of start-up prompting management to reflect on the impossibility to integrate all valuable R&D output into the core business strategy.

Understanding how false positives and false negatives - as well as the decision-making process associated to their occurrence - develop is essential for any organization. Type I/ type II errors are not entirely avoidable but the insufficient or excessive scrutiny of innovation projects is. Therefore, a periodic review of the innovative product/ service portfolio’s evolution can be a useful exercise. Questions like:

mark a good start to self-evaluation. Additionally, some sectors are beginning to construct their own methods – like the pharmaceutical sector, for example, where publishing and pooling of data from both successful and unsuccessful clinical trials is slowly becoming the norm. If you are a TED-talk aficionado like I am, you will probably remember Ben Goldacre’s persuasive argument.

To wrap up, I leave you with the words of writer, humourist and dramatist Douglas Adams who once noted: “Nothing travels faster than light, with the possible exception of bad news, which follows its own rules”. Do not let errors haunt you or get in the way of your innovation success. Instead, use false positives, false negatives and the lessons learned from them to pave the way towards it.

As an innovation manager you have the enviable task of stimulating creativity across the organization, and channeling it...