As some of you might know, I have been a banker for many years. I still have a natural interest in financial systems, so why not look at the case of Bitcoin? 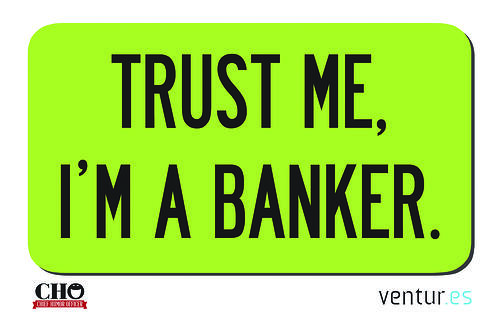 Systematic “money” is engrained into society and our livelihood. Without money people cannot function comfortably. Since the beginning of time, money has been used as a system to exchange goods and services for value. But the emergence of alternate currencies such as Bitcoin has recently broken established notions of payment, circulation and monetary policy, which have maintained monetary order for over 3 centuries. Last month, I moderated a bankers event around payment structures. On the one hand you saw people embracing the openness of Bitcoin, it’s protocol value. On the other hand, you saw people claiming Bitcoin is a Ponzi scheme.

Bitcoin will be discussed here.

Why? Firstly because Bitcoin is hip and second, the currency is stirring up commotion among shrewd economists, policymakers and innovators all over the world.

Although its success cannot be valued on the long-term, its ability to stir up a dialogue on money and its future is priceless. Devised by an unknown hacker and backed by some indiscernible cryptography, Bitcoins, or in reality units of digital information, are mined by computers and maintained by peer-to-peer databases that keep track of all the currency’s transactions.

The currency is used as a mode of payment exchange between individual users who have Bitcoin e-wallets and can purchase various goods and services on the web. A simple instrument, the process of its exchange involves sending a string of numbers to another user using email or text message. As a bonus, Bitcoin’s master plan ensures that total money supply can only increase at fixed rate that slows over time and then comes to a full stop.

Bitcoin is actually quite huge

Currently, there are approximately 12.3 million coins in circulation at a market capitalization of USD 7.4 billion. What do these numbers mean? First, every day an increasing amount of consumers and merchants are buying, using and selling the currency around the world. Second, as more and more people begin to use it and sell the currency, speculation and volume fluctuations are establishing its price and in turn causing its value to increase and decrease.

Next, on a systemic scale, Bitcoin has become the first Internet-wide payment system where transaction costs are next to null – at fractions of pennies versus existing 2 to 3 percent charged by normal service providers. Lastly, roughly 60,000 merchants including the likes of game company Zygna Inc., dating website OK Cupid, and blogging platform Wordpress are accepting Bitcoin as a currency, which can be exchanged for USD,EUR and YEN.

Bitcoin has also transformed the way we look at financial markets. Why should the central bank be the only one in charge? Instead of working with sinking financial institutions, why not focus thy energies on something more mathematically elegant? One whose core is founded on trust and collaboration? Already recognized as a “unit of account” in some European countries such as Germany and the Netherlands, more and more investors are backing Bitcoin-related startups such as Coinbase, BitInstant and Coinsetter. Casinos in Vegas have even jumped on board too. Contrastingly, as regulators in the U.S. and Europe tediously tackle legislation by legislation, Dodd by Frank, E by MIR, Bitcoin has paved its own internationally recognized payment system and even seduced its aficionados in creating copycat cryptocurrencies.

Although there is a lot of discussion about its longevity, there is no doubt that the system has introduced the notion of transparency as a harbinger for avoiding future havoc. On top of consumers, merchants and currency miners, more and more developers and entrepreneurs are creating new products and services, which are forming somewhat of a credible eco-system for Bitcoin to flourish in. But success does not come for free as legitimate people are questioning the currency’s validity.“To be successful, money must be both a medium of exchange and a reasonably stable store of value,” writes Paul Krugman. Moreover, Nobel Prize winning economist Robert Schiller has claimed that Bitcoin is a bubble waiting to burst. Then again, what successful innovation out there has not been heavily criticized?

Indeed, Bitcoin’s ability to store value in the long-term- seeing as there is no gold or Bit treasury backing the currency, is questionable. When push comes to shove the test will come as to how it will craft real value for our global economy.

The bigger picture: the underlying platform

Is there is a bigger moral here? It certainly seems so. Regardless of the currency’s long-term viability, its developers have done something amazing. They have managed to kick-start an innovation process to attain an extreme result: a non-stop dialogue on the ins and outs, the goods and the evils and the future of a digital currency system challenging the veracity and credibility of money.

But maybe, we should dig a bit deeper. It’s the underlying platform, the Bitcoin protocol, that will generate the real wave of transformation. The technology will prove to be a bit more than the Ponzi scheme. Of course, the Bitcoin protocol is currently in an embryonic, evolutionary stage. But when it will grow into an adolescent, Bitcoin is going to disrupt the economy and society with breathtaking speed.

In the case of Bitcoin the combination of provocation and movement, has enabled people to exit the old system of monetary exchange, loosen up and seriously consider the future of virtual currency structures. Bitcoin-mania has thus been effective for a few solid reasons:

Whether or not Bitcoin will last, we do not know, but one thing is for sure, its emergence has revolutionized the world and the very way money will evolve in the future.

Within www.ventur.es (a HYPE Innovation partner) we have recently prepared a huge analysis of the Bitcoin eco system, with all the relevant startups and impact for business. We give away five reports to the people who send an email to info@ventur.es explaining why they have interest.