Being the Innovation Manager 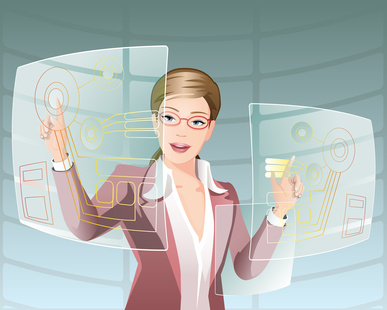 There can be few roles in corporate life with as much expectation attached to them as there is to the innovation manager. My guess is, at the same time, there are few roles that carry as much frustration. Anyone who attends innovation conferences will see the shiny new (and often not so new) case study of an open innovation success and then go back to an organization where it is difficult to get things done.

I want to suggest a way out of this, at least to trigger a debate on why it happens and how it can be solved.

In many cases innovation managers are just facing the normal immune response from an organization that doesn’t want to change. And they are faced with decision making processes that incentivize old behaviour and CFOs who insist on a crisp ROI for something entirely new. Those are difficult realities.

You have to pinch yourself when you hear these responses and remind yourself that these are companies in the process of change. They acknowledge that they have to change and they are changing. Yet they fail to invest in capability! Or even seek out new ways of earning revenue.

That’s an inevitable source of frustration. What is to be done about it? I’m going to digress. In the software industry much of the advances in technique and in actual product have come out of the open source movement. Note the word “movement”. Crucially what the open source movement has done is create its own set of employment values. I say “employment values” for want of a better word – maybe “participation values” would be better.

The reason we have the Firefox web browser or MySQL or Linux is in part down to great leaders – leaders like Linus Torvald who are admired among their peers.

But the reason those projects were successful is because of high levels of participation in a meritocratic community of peers. Coders going into open source projects know they have as much chance of earning kudos as anyone else and that kudos is recognition, validation and acknowledgement that all carry the potential for career improvement.

The reason that happens is perhaps unique to software. Code is a unique product in that it can be critiqued very quickly, and it can be changed at no physical cost other than the time of a volunteer.

Nonetheless the meritocracy of open source is a wonderful achievement. And here’s why.

The open source movement provides validation for people involved in the thankless task of changing things for the better. In the OS movement people are credited with their contributions and are elevated among their peers if they do good code or create novel solutions. People get validation from the peers they care about.

This activity is surely what makes open source an ecosystem rather than just a community. If you were to look around for a definition of “ecosystem” it would be something like this, a community that is co-productive and self-validating.

Here’s the parallel with other activities. In many areas of business today people operate without strong validation from their organizations. That’s one consequence of change. New roles need to bed in. Their value has to become visible to peers, over time.

Yet, validation is one of the key purposes of working together and it is what many organizations do without thinking about it. We know what an accountant does, we know her role and value; we know what sales people do too and we know what makes a good one and a bad one. We hear more and more about the value of a designer.

In contrast, there is a personal validation deficit in the innovation environment. You can see this deficit too in jobs like social media.

The fact is though, in social media, the community is building pretty good validation routines. You can find validation by having followers or you can have your content appreciated by people inside and outside your enterprise.

Validation is by no means perfect. Social media practitioners lack a rapid correction modality that open source software has – the community creates a lot of noise and lacks mechanisms for tuning the signal. And in that sense it tends to rely too much on ego and self-promotion, whereas organizations need collaboration and critique. It is hard to build a peer ecosystem from ego. Plenty of companies therefore struggle because they have people in social media roles whose value to the firm is invisible, yet whose pursuit of self-interest is abundantly obvious.

So here is my point.

As an innovation manager you can go to a conference and see the latest shiny case study but what you lack is an ecosystem that provides some of the essentials of co-production, the feedback loops that help us to improve, the validation that makes us feel worthwhile and the visible and clearly understood roles that earn respect among our peers. We function within old perspectives of value and role, without the validation that comes with having a traditional role.

What to do about this?

In innovation we look to leaders rather than peers. We use landmark texts like the Innovator’s Dilemma instead of looking to each other. We attend conferences that are conventional, hence outdated, in form and content. We need a better platform for community, one that can trigger ecosystem behaviours, like rapid iteration and peer correction. Maybe HYPE can take it on?