How do you decide whether to go with a new project or not – once it has shown a little bit of real promise? Increasingly, we are using social events to generate and consolidate ideas – a hackathon or a jam or a competition. And we use social events to identify and reward promise – for example, HYPE client NSN’s innovation competitions. That creates a lot of goodwill and expectation but somewhere along the line a calculation of return on investment is going to be the most significant judge.

In a recent survey undertaken with HYPE we asked questions about how significant a pure ROI approach to innovation decisions really is, and in most cases it plays the most significant role. Nothing wrong with that – it’s what you’d expect. Companies need a return on investment and by and large they use conventional financial metrics to assemble an estimate.

The problem is we are all guessing – we might have educated guesses or expert guesses or finger-in-the-wind guesses. The guestimate might be supported by some data – and that’s part of the new innovation mandate too: get customers involved and get real-life reactions. But you still need to project into the unknown. The ROI is a guess.

We also asked were they likely to make investments based on other factors, for example taking the opportunity to build new foundational capabilities. That idea consistently lost out to the ROI calculation.

Let’s stop and think about this.

If you are doing innovation, you are doing something new. The chances of arriving at an accurate ROI, or even a near accurate one, are slim, and we’ll go into more detail about that below. But what you surely need are new foundational capabilities. If you are not renewing your capabilities how can you capture the benefit of innovation? How can you execute? At the very least, innovation will mean adopting some new process or skill – integrating software into a product, modularizing elements of a product to adapt to an underlying platform, building the platform, selling something you never sold before.

So let’s compare the priorities. We cannot do without an ROI calculation of some kind even though it is a guess, but we can do without investing in new capabilities even though these are imperative.

Companies clearly need to look again at these priorities. Here I’ll focus just on the ROI issue. Most companies with an innovation program still rely on ROI calculations built from Net Present Value (NPV), and Discounted Cash Flow (DCF) which can mean using old tools to assess new opportunities. It can actually mean using the wrong kind of tools. After all, NPV and DCF are valuable in situations with high predictability, where trends are visible and extensible.

NPV and DCF are limited too in the sense that they limit the scope for adaptation in an innovation project. By creating a business plan around these two tools, even if there is good customer feedback, the roadmap for the product is set in stone. Someone has to commit, however provisionally, to a defined outcome way before that outcome can be known.

Is there a case for a new kind of "possibility analysis" that pleases project managers and the CFO at the same time?

First, why not trust experts? Research on expert opinion suggests that it is no more likely to predict an outcome than opinions from non-experts. ROI estimates for innovation projects are what Mikael Collan, an expert in fuzzy NPV, rightly refers to as normative. They are judgments dressed up as probability. Again there is nothing specifically wrong with that. We are always dressing up our judgments as if they were in some sense validated by attaching numbers to them. Is it, though, the best way?

There are two ways out of this. The first is to stick with the guesswork-as-fact approach. That is to acknowledge the limitations of ROI tools in an innovation setting and set about analysing all the possible alternative routes that a project might take. The second is to make the lack of accuracy a virtue.

The first is covered by Real options thinking. It involves the use of stock market analogies for capital investment decision making and is slowly extending to product portfolio decisions. The value of a real options approach lies in analysing the different pathways that might be possible, and even necessary, for a project to succeed.

The method involves transposing the idea of the put and call, inherent in options thinking, to a project plan. That signals the bumps and turns in the road ahead and already creates options. Think of it as an attempt to do the GPS map, to have optional routes already built into corporate awareness of an innovation.

The second is to admit that NPV and DCF create guesswork and then to bring more discipline to that. One approach, Collans’ Pay-Off Method does just that. At its core is a simple to grasp requirement. For each element of a project calculate three things, either through projections or collective intelligence:

(1)   The set of fully possible outcomes is a group or individual’s assessment of what is fully possible in a research project; that estimate is rendered as a Net Present Value

From this calculate the area of estimated risk. Ok, so neither method is clear cut when set out in an 800 word blog post. But I am busy in this area and have linked to some sources. Let’s start the conversation, and in particular if anybody would like to volunteer to host a workshop on decision-making innovation, get in touch. 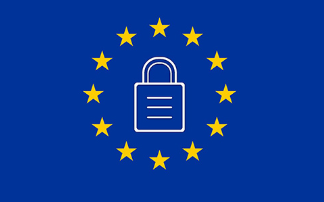 Is Your Company Prepared for GDPR? What You Need to Know

It's May! If you're like us, you're probably wondering how the past four months flew by so quickly (our annual innovatio... 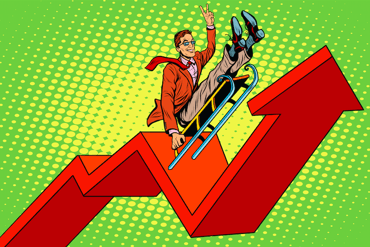 The Single Most Important KPI for Building Innovation Muscle

The best literature on innovation all points to the same thing: innovation is highly uncertain, and therefore the best a...

Managing Open Innovation: one challenge/ coping strategy at a time

A few months ago, The Economist published an excellent piece on how the fashion for making employees collaborate had gon...