5 Spectacular Product Failures - And What You Can Learn from Them

Everybody loves a good success story. After all, that's what inspires innovators to develop the next Coca-Cola or iPod or Corvette. But we can get even more value (along with a few laughs) from the whopping failures. Yes, there is lots to learn from the Edsel, New Coke, and other phenomenal flops. The key is to (quit laughing and) take the lessons learned by others to apply to your own innovation process. Here are a few product failures that you can learn from. 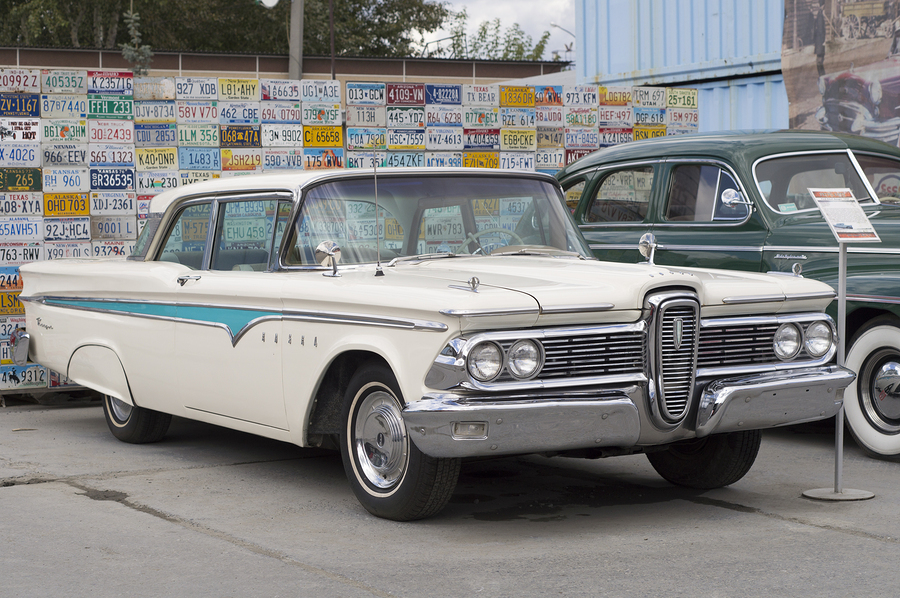 Ford only sold about one production week's worth of Edsels.
They lost more than they earned. Don't be an Edsel. And for the love
of everything, don't name anything Edsel. Not even your dog.


It could very well be easier to list what went right with this particular failure, which is to say, nothing. The name is awful, for one. You know the old slogan, "With a name like Smuckers, it has to be good"? Well, with a name like Edsel -- nobody really knows what to think. But a product can survive with a wacky name (we're looking at you, Yahoo!). What products can't survive is a pricing structure that just doesn't make sense. The low-end Edsel was priced closer to the high-end Ford Fairlane. The high end of the Edsel line brushed up against the Mercury, which was already an established brand. During a time of recession, it simply didn't have a place in the market.

What can we learn from Edsel? First, know the market and find your niche within it. You can develop a high-end product and compete on the merits of quality, or develop a low-end product and compete based on the features you offer for the price. But people have to understand where the product fits and what needs it meets. The poor marketing messages did nothing to explain to the public what the Edsel had to offer. Oh, and name it something that resonates with people. Nobody knew what to make of "Edsel" in the late 50's and it really doesn't sound much better today. 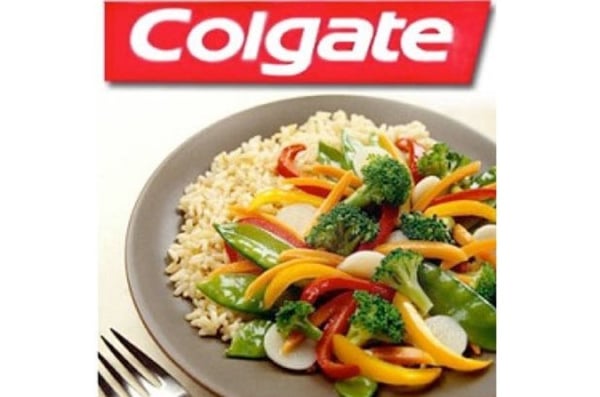 When you think of Colgate, you think of a clean, fresh mouth and perhaps fewer painful trips to the dentist. It doesn't automatically conjure up images of yummy dinners. That's why Colgate's line of frozen dinners flopped before these atrocities ever actually got started.

What can we learn from Colgate Kitchen Entrees? There are some products that just don't position well together. If you're going to break out from your norm, you need to separate your current branding from the image of your newly innovated product, much like Toyota did with the Lexus. If you make car tires, chocolate candies might not be so attractive from the perspective of your brand name. Harley Davidson learned this lesson when they tried to market a perfume. As it happens, exhaust fumes don't resonate well with people who want to smell good. 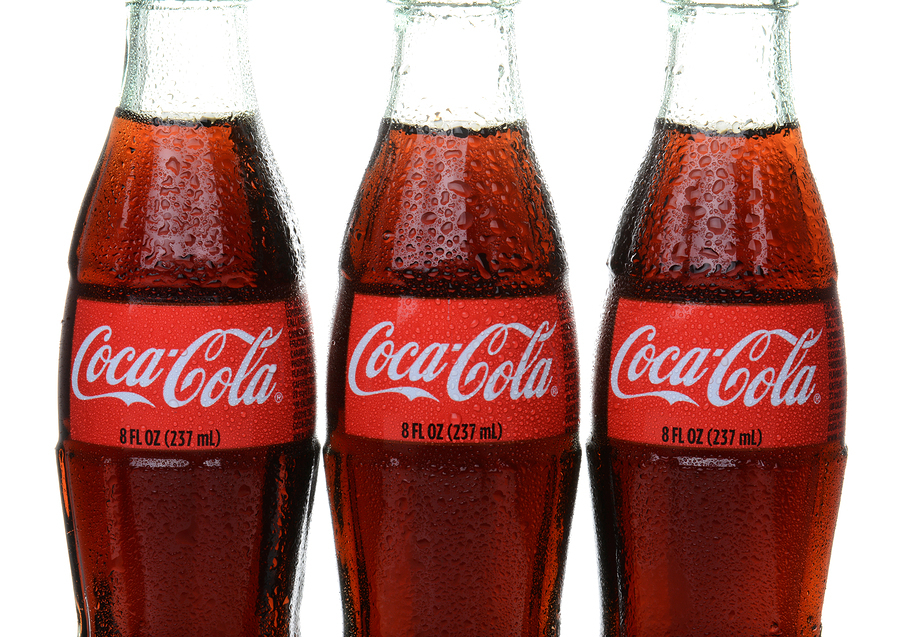 What's wrong with New Coke? You took away our Old Coke,
blast it! And stop calling it Classic Coke -- a Coke's a Coke.


Have you ever heard your grandmother say, "If it ain't broke, by all means don't try to fix it"? She has a valid point. Coca-Cola has ruled the soft drink market for decades -- even since before narcotics were banned as legitimate (and legal) soft drink ingredients. There was absolutely, positively, definitively nothing whatsoever wrong with Coke. So what did they do? They "fixed" it. The resulting response from the public was nothing short of outrage. Coke's market shares tanked, and wasted no time in doing so. The company back-pedaled faster than a politician who blabbered about raising taxes in the middle of an election year. Coke quickly promised to continue marketing the beloved product as "Classic Coke", and "New Coke's" lifespan was short, indeed. Soon, all customers saw on the shelves was "Coca-Cola", which was fine by them. However, the blunder lives on in the recesses of their brains, and you can still start an impressive brawl by mentioning New Coke in parts of the Southern US.

What can we learn from New Coke? If people truly love your product, it's fine to deliver them a new option, like Dasani bottled water, perhaps some tea and coffee, and even Fanta if it suits your fancy. Just don't jerk the products they're devoted to out from under them. 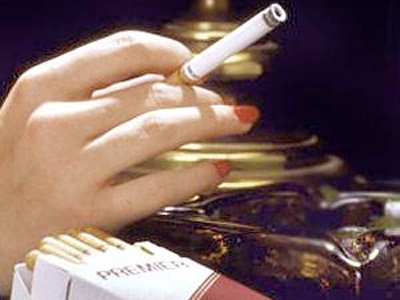 A lot of companies are facing public backlash over the healthfulness of their products. Plastic manufacturers, food manufacturers, and many other businesses face growing concerns over pesticides, environmentally-questionable production techniques, food additives, genetic engineering, and more. Concerns like these popped up over cigarettes (if you can imagine) in the 1980's. RJ Reynolds, maker of Camel and other popular cigarette brands, introduced the Premier Smokeless Cigarette spending $325 million for this new product. It was supposed to be healthier than smoking actual tobacco cigarettes. The problem was, these tasted absolutely terrible, according to those brave enough to take a puff.

Obviously, smokeless cigarettes and other vaping products are quite popular today. It's very possible that the concept could have gone over well back then, except for the fact that even smokers draw the line when it comes to horrible taste. RJ Reynolds can teach us that some products aren't just introduced before their time - they're rolled out before they are perfected. By all means, if you're going to revolutionize a market, do it with an innovation that doesn't smell and taste absolutely horrible. 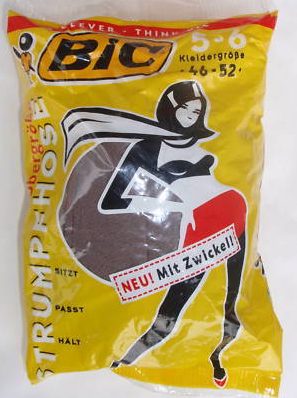 What can we learn from our friends at BIC? Some things just aren't meant to be thrown away. Women consider their undergarments as investments in their looks and how they feel wearing the items. Images of tossing underwear after each wear conjures up ideas of unseemly behavior that nobody really wants to think about right there in the middle of the aisle at the department store in front of God and man and everybody from Pilates class. Enough said.

So, we've learned a lot about what not to do in the innovation process, so what can we do for innovative success? Find out more downloading the whitepaper: The Execution of Innovation: What You Need to Know by Stefan Lindegaard. You can do it, we can help.

Editor's note: This post was originally published in March 2016 and has been revamped and updated for accuracy and comprehensiveness.

Maria Wenning joined HYPE in 2014. She started out on the marketing team and was responsible for organizing client-specific events, social media activities, and content production. Today, she is one o f HYPE's account managers, supporting the clients she once generated. She holds a Masters Degree in Business Management with the majors Marketing and International Management of the Hochschule Niederrhein in Mönchengladbach. Like the rest of the marketing team at HYPE, Maria loves reading and writing about innovation.
MoreLess